Ireland is not necessarily a country one considers when mentioning “worldwide renowned items”. However, this underdog has more aces up its sleeves than you would think. Most of them are common knowledge, but you’d have never associated them with Ireland, and some of them you probably never even heard of. The list can go on and on and on. However, a number of these things are exquisite enough to be especially remembered. Here is a short list of Irish elements that have gained worldwide recognition.

The Guinness Book (or, for its complete name, The Guinness Book of World Records) is probably a book where one would want his or her name to be engraved in. This critically acclaimed “book” keeps track, as the name suggests, of the most dare devilish feats ever accomplished by humans. Though some records might be considered dull, peculiar, or even disgusting, they are incredible feats nonetheless, and what better place to record them in the Guinness Book. Stemming from the early 1950’s, this book was originally created by Sir Hugh Beaver, the Managing Director of the Guinness Brewery at that time, when he started arguing with his hosts at a shooting party in County Wexford about the fastest game bird in Europe. He later invented the book in 1954, when he also recruited a pair of twins to fact-check records and write them in said book (called Guinness Superlatives at the time). From then, the rest is history, history you can read on https://www.guinnessworldrecords.com/about-us/our-history/.

The Irish flat caps, also known as newsboy hats, were once a symbol of the working class, but they eventually rose through the social hierarchy, spreading across the world and becoming one of the distinguishing signs of gentlemen everywhere. Usually paired with a monochrome suit, accessories such as pocket watches, vest chains, and the commonly used ties, the Irish flat caps exude elegance and offer comfort regardless of the season or weather. They can be crafted from tweed, wool, or cotton, and offer both the protection of a normal cap, and the warmth of a beanie. It is both comfortable and affordable, and can always make a great gift for a man when you have no idea what to buy them. Nonetheless, it is always a good idea to have one of these in your wardrobe, for potential use. If your wardrobe is lacking one, fret not, because you can find affordable Irish flat caps here or at any other online flat cap store.. The Irish flat cap is not necessarily an item that one can recognize as being Irish from the first try, but it is definitely something that made its way into worldwide fashion.

Celebrated on the 17th of March, Saint Patrick’s Day is probably one of the events Ireland is most renowned for. Countries worldwide acknowledge the importance of this day, the United States even painting one of their important rivers green so as to celebrate alongside the Irish community. There are plenty of elements that surround this date: the leprechauns, the four-leaf clover (also known as the shamrock), or the horseshoe, all of them being symbols of good luck. Even if you are not Irish yourself, gifting these to your friends as a sign of good faith might put a smile on their face and, why not, make them want to learn new stuff about the origin of these symbols themselves! It is never too late to get a good insight into the Irish culture, since it’s so intricate and fascinating. Irish culture itself withstood the test of time brilliantly, just like any major culture would have, and we are proud to see it. 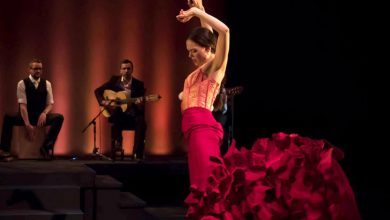 Everything About Barcelona Flamenco Shows 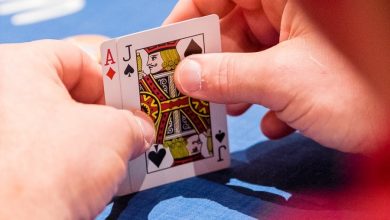 Avoid These Crucial Mistakes While Placing Bets On Casino Sites